I asked my patrons for their one-sentence, out-of-context D&D quotes and they delivered. The first three out-of-context D&D illustrations, for the @yourDNDstories twitter. Become a patron to submit your own! http://tinyurl.com/o9x25mx

WHAT THE FUCK TUMBLR

THE FUCK IS WRONG WITH SOME OF YOU

I eagerly await tumblr throwing the blame to bronies for this too..
you know, because that’s what they like to do..

(My girlfriend wanted a post with bunnies.) To be clear: it’s also fine not to have sex, and compulsory sexuality is a problem too, but this post is a response to slut-shaming. For more like this, follow sexedplus or visit sexedplus.com. 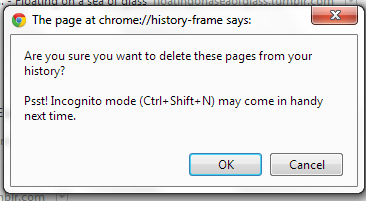 Daily I see people having issues with Wacom tablets. Cintique, Companion, Intuos, doesn’t matter the model, I see constant posts everywhere about issues with these tablets. Mostly the ports breaking off inside, which having seen the inside of some of these tablets (including my own that did the same) I can see why, the design is shit.

Wacom charges out the ass for products that you can buy cheaper elsewhere, lacking (flawed) design for high prices.

If people keep buying them, Wacom will never get the message. They are still operating on the idea that they have no competition in the mainstream tablet market, and we need to show them they DO have competition, and they DO need to get their shit together to stay on top.

Personally I recommend Monoprice if you can get one where you are, they are far cheaper, and in my experience very reliable. There are a number of other options though, and most of them are really good deals.

My monoprice broke within a year of owning it. =I

My wacom has been reliably working for nearly 2 years, at this point, I think.

Kinda have to agree with birb and egg..

When I was researching cintiq alternatives, almost every single one had a fairly large set of complaints, from poor colour, bad drivers to lousy support. one of the best I found, has no windows 8 drivers (and still doesn’t, years after windows 8 came out)…

to be perfectly honest, the reason there’s more complaints about wacom is because they are so prevalent. I only know a few people who don’t use wacom, out of the dozens who do own tablets.

Also, (relevant more to me here) at least I know I can get support for Wacom tablets. many of the alternatives I’d either be SOL, or have to wait forever because it’d have to leave the country if something went wrong. Wacom has a service centre in Melbourne.

I want to see this Now haha freddy be pissed xD

I’ve uninstalled it, and here’s why you should too (if you have it). I
noticed Norton was giving it an extra amount of scrutiny lately, going
to guess this is why. Unfortunately when things seem to be too good to
be true, they usually are.