“Two other people took my picture before you, so I was already popular.”

I know that some people said in the comments that this outfit was culturally appropriative, but just remember that you don’t know that someone isn’t a POC or biracial just by looking at them. Don’t assume other people’s races.

^ My immediate reaction was to be upset by this photo because, I’m sorry, I’m just so fucking sick of people stealing Asian outfits and making them cool or trendy. But then I thought that maybe she’s a mixed kid. If not, there’s a problem here, though.

Hi. I’m actually Japanese. Most of us LIKE when people find beauty in our culture. As long as nobody is disrespecting us or making a mockery of us, then there isn’t a problem, and if you think there is, then it seems that you are in favor of cultural segregation and that is causing more harm than good.

When I was in Japan, there were a lot of places where you could get done up in a kimono or the male equivalent and have your picture taken. No one cares.

Most Korean people I know are pretty delighted when foreigners wear hanbok, in a “oh, you are appreciating our culture! you look good in that” way. I have never actually heard or heard of people reacting negatively to non-Korean people wearing traditional Korean clothes, unless they were racist to begin with and would have objected to foreigners regardless of what they were wearing.

‘Appropriation’ is, I think, only appropriation when either it is done in a blatantly disrespectful way, or if the group whose clothes (etc) are being adopted is culturally marginalized to the degree where they themselves face discrimination when they wear those things.

Korean people, afaik, don’t give a fuck. When foreigners visit and wear our clothes, it’s in good fun by people who are usually appreciative of the aesthetic qualities of what they’re donning, and also because we ourselves have never faced discrimination for our nationality or traditional dress.

uhhh, basically, intent matters, context matters, people within the same community often have radically different ideas of what’s okay. But you know, I think the only Koreans I know who’d potentially care are the American-raised ones on liberal, activisty college campuses who are extremely well versed in the liberal, activisty language and rulebook.

I also think it makes a difference in that the clothing is, you know, the actual thing and not some vaguely exotic knock-off like most people do with native american clothing. Like this is a legit, actual Kimono. There’s nothing really in the culture OF kimono that has rules about who wears this sort of thing when. Like…kimono literally means “thing you wear”. -shrug-

I get so annoyed when people who are not actually of the “offended” group leap on EVERYTHING as cultural appropriation because all too often they don’t know wtf they’re talking about and claim to speak for us.

the girl being able to wear it “only if she’s mixed, if not there’s a problem”? wow i didn’t know clothing was supposed to be so exclusive, I suppose Western women shouldn’t wear high heels since they were originally shoes worn by soldiers in the Persian cavalry or non-Americans shouldn’t wear blue jeans because they’re part of American culture. newsflash: Fashion throughout human history is one of various cultures inspiring one another.

I think others above already said more than enough why this case is probably not cultural appropriation, as opposed to a person wearing a cheap knock-off of a sacred Native American headdress. But seriously, stop being so quick to judge and get “outraged” on our behalf. If you think there’s anything wrong, just some googling and research would help.

And you know what? We’re actually pleased when foreigners enjoy our culture and its aesthetics in a tasteful manner. Because it’s nice to know that it’s a two-way street and not just non-Western groups of people consuming Western culture. Do you complain that manga artists in Japan took inspiration from American comics? That synthesis is what creates new ideas. It’s nice to know we’ll have diversity. So stop getting so outraged about everything- hold your horses because that’s almost as bad as those people who ignorantly engage in cultural appropriation.

WHAT THE FUCK IS THIS REAL

IS THIS ACTUALLY IN THE MOVIE 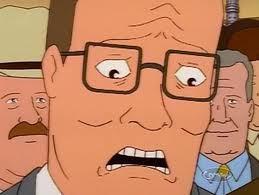 uh…. what the FUCK IS GOING ON

Yeah that… that happened.

Did Hasbro make a reference

God you people need to grow up

I swear to fuck tumblr is full of basement dwelling retarded babies.

Heaven forbid Hasbro references its own products in its own movies.

Please Reblog, do not repost

Only 3 more days left for sale of my FROZEN print ‘Ice Play’! Get yours now! Sales end June 30!

Director Guillermo del Toro also announced he is developing an animated series set in the Pacific Rim world. “The characters I love will return … but we are taking them into a fresh ter…

And then watch it again…

oohhh I remember this~

Okay to clarify—I remember the song, which has been up on youtube for a good while. The PMV is new though. And pretty cool too.